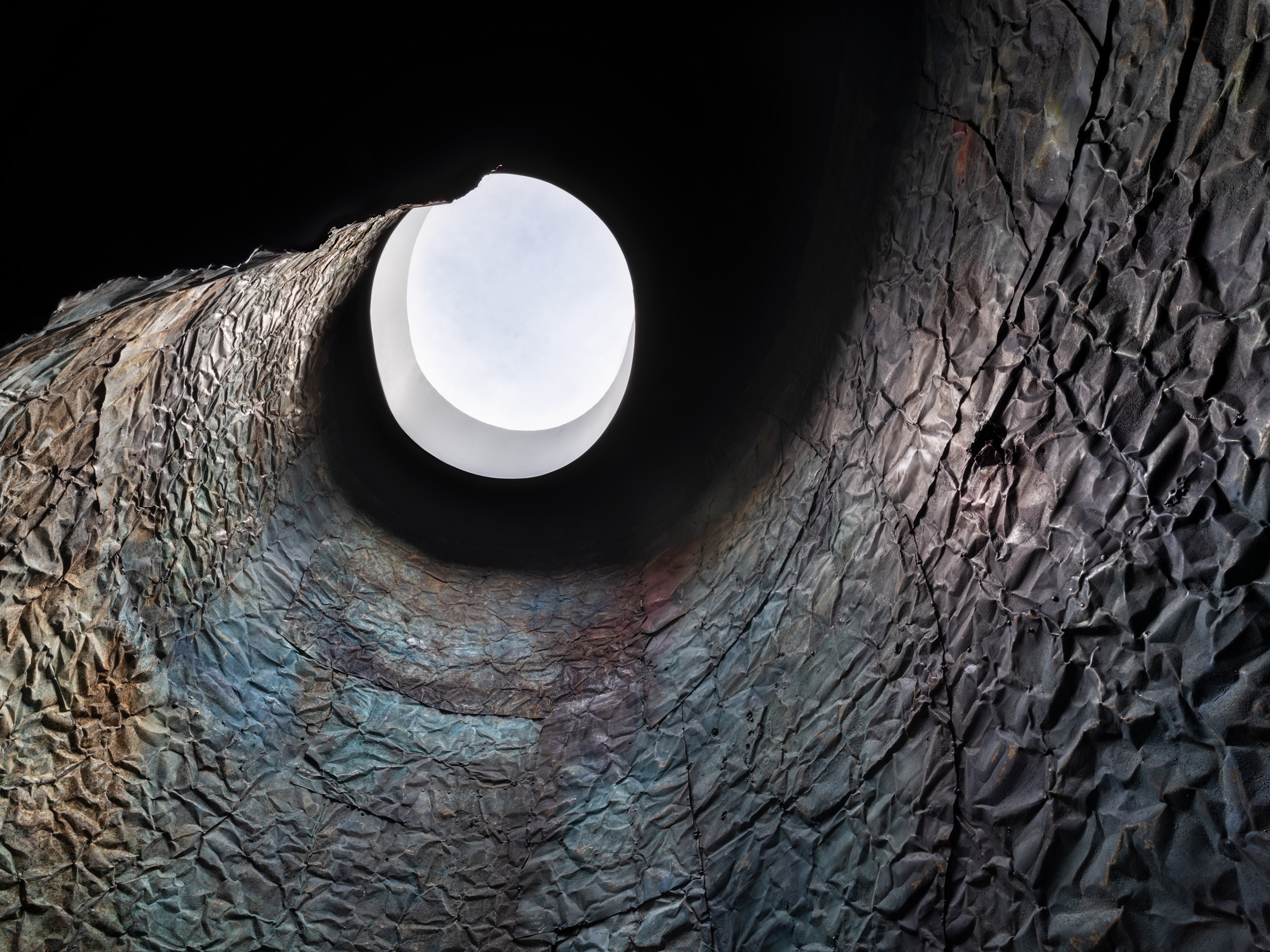 The mayflies (Ephemeroptera) to which Christian Boltanski dedicated an amazing installation, are insects that exhaust their entire life cycle, from birth to death, in a few hours. An existence enclosed in some fluttering of the eyelashes, a presence that cannot but question the concept of Time, the idea that Martin Heidegger enclosed in the title of his most important work, Being and Time. It is therefore Time that allows us to recognize Being and to know the world; therefore, Time must be granted the respect for the deepest and most complex cognitive practice of oneself and of the reality surrounding us.

Time is a constant in Francesca Leone’s works, rust is her messenger, a presence oxidizing on metal, scratching it, scraping it. It is this corrosion that shows the face of its time and it is on this face that the color caresses scars, points to expressions, heals wounds. They are plates that keep traces of their memory, memories made of work, fatigue, suffering, perhaps even pain. Each scratch, each tear, each fold whispers its own story, offering the eye the symbolic image of an event that has been lost in the embrace of time. The artist intervenes in this embrace, delicately insinuates the color, confuses the rust, covers the wounds, lays her story on that of the matter. It is in this dialogue of memories that Francesca Leone builds her own narrative visionarity, it is in this suspended dimension of superimposed times that the rough violence of the sheet metal bends its body in suffering and sick gardens. Frozen flowers, acidic corollas that wriggle and overlap falling petals, roses fixed in the moment before their withering, traces of a chromatic fantasy that rust has slapped. Yet, in this suspended garden, time has also preserved the emotion for a whispered poem, the enchantment for a beauty that has not entirely faded. Flowers like stars, gardens like sky, lights and colors that fall from the ceiling to soar high above the gaze, above us, above the world. They are the same oxidized memories, the same metallic skins that challenge the geological time of rough stalactites and stalagmites in a metaphysical karst cave. The drop of dew that caressed the roses has solidified into the rock, slowly and inexorably has deposited its own material, built shapes, generated landscapes, sculpted forests of stone, giving time its power. We stay still, in silence, surrounded by these snakes of sheet metal, listening to the flow of our life. However, in this case, the pride of art also emerges for a caused change, the change of a color that raises the brutality of iron to a heraldic emblem, a banner of the infinite battles that time endlessly continues to propose. They are emblems of endless clashes, started in the deepest darkness of a forgotten past and present in the most unknown future. They are war flags, tattered, worn, dirty with suffering but proud of victories, drapes of colors and memories that rise to affirm their story, to call everyone to embrace their memories, their battles, their sufferings. And thus the contrast, the contradiction, the conflict of thoughts force us to look up beyond the ceiling of the room: we see a colorful firmament of waste, of scraps, of leftovers looming over our reality. An impending sky reappears again, a luminous hood of dark colors, a horizon of tragic beauty. They are bright, lively colors, twisted plastics that do not give up their most elegant dress even if crumpled, their most vivid color even if dirty and oxidized. It is the sad beauty of a world adrift, the memories of distant joys, scars of a cynical and ruthless time that has trampled on an already old present. The maze created by Francesca Leone begins here, to arrive at the solitary gaze of the real, changeable, elusive sky in the constant overlapping of cosmic and meteorological times. Each time draws its own labyrinth, traces its own spiral, is the symbolic journey of life: the choices, the difficulties, the joys, the goals and the restarts. Every life must face, at the end of the labyrinth, its own Minotaur, must defeat him, and only then can calm down and contemplate the sky in silence. The sheet metal wall that Francesca Leone builds at the center of her exhibition evokes a symbolic path that must be faced in solitude, scrolling through one’s memories, defeating one’s weaknesses and then stopping the moment and looking up to infinity. Being and Time, as Heidegger suggests, but also Time and Nature, as these works whisper, inviting you to stop, hold your breath, give your thoughts time, let your dreams emerge.
Art has always challenged Time, with the ancient utopia of immortality up to the most recent awareness of an ephemeral transience, yet it has never succumbed to the superficiality of everyday life, it has never embraced the deception of the moment. “Taking your time” means allowing yourself the privilege of the gaze, the richness of thought, the nobility of a break, it means giving art the time to write its own story. It creates the possibility to grasp the age of the characters, recognize the essence of a time that engraved and corroded the sheet metal, listen to the story of its recollection. Discover the time that the artist allowed herself in the choice of color and in the poetry of the gesture to welcome matter. A time offering itself to the gaze, to seek and collect the narratives of other and different times, of other natures, of other presences. In a distracted and superficial everyday life, whose accelerated time seems to overwhelm every thought, whose images appear silent, whose history seems to have lost its memory, embracing one’s time can be a revolutionary act, a rebellious gesture from which a new utopian thought can be created, a new political visionarity, a new enchantment. A social thought is affirmed, which sinks into contemporary complexities to reaffirm the centrality of Being and Nature, to suggest universality and the urgency of rethinking man and his being in the world. This research moves in the suspended atmospheres of poetic utopia rather than in programmatic statements, in doubt and uncertainty rather than stentorian certainties, in the silence of the shadows rather than in the clamor of a dazzling brightness. Francesca Leone creates an art that can deeply affect one’s thoughts, a work developing itself with the silent elegance and ruthless precision of an ancient samurai. 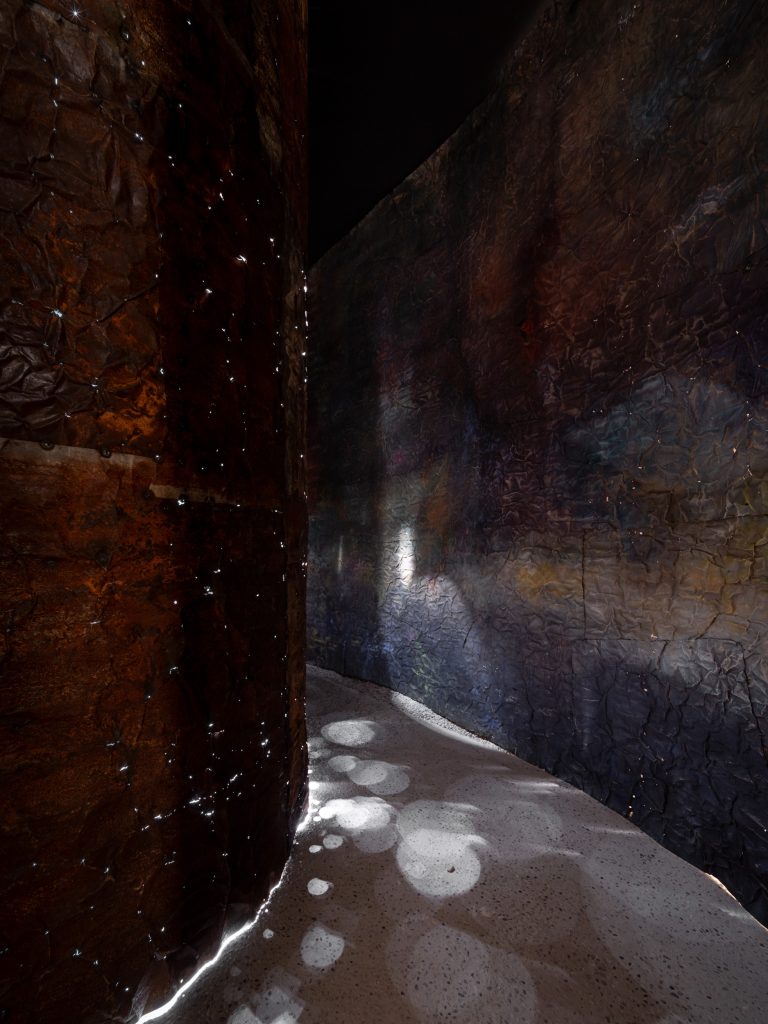 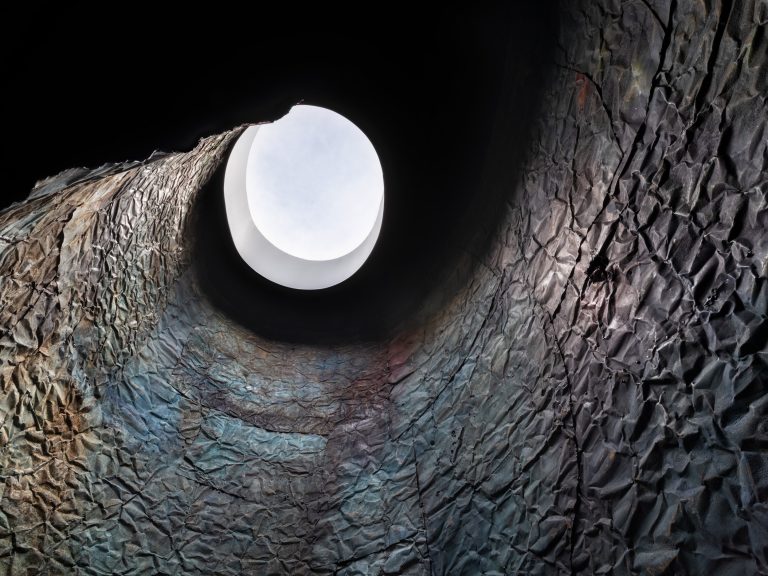 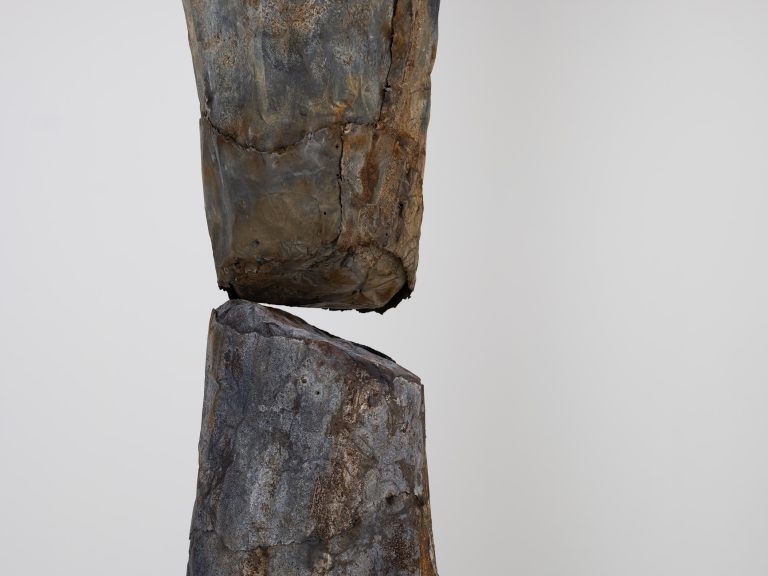 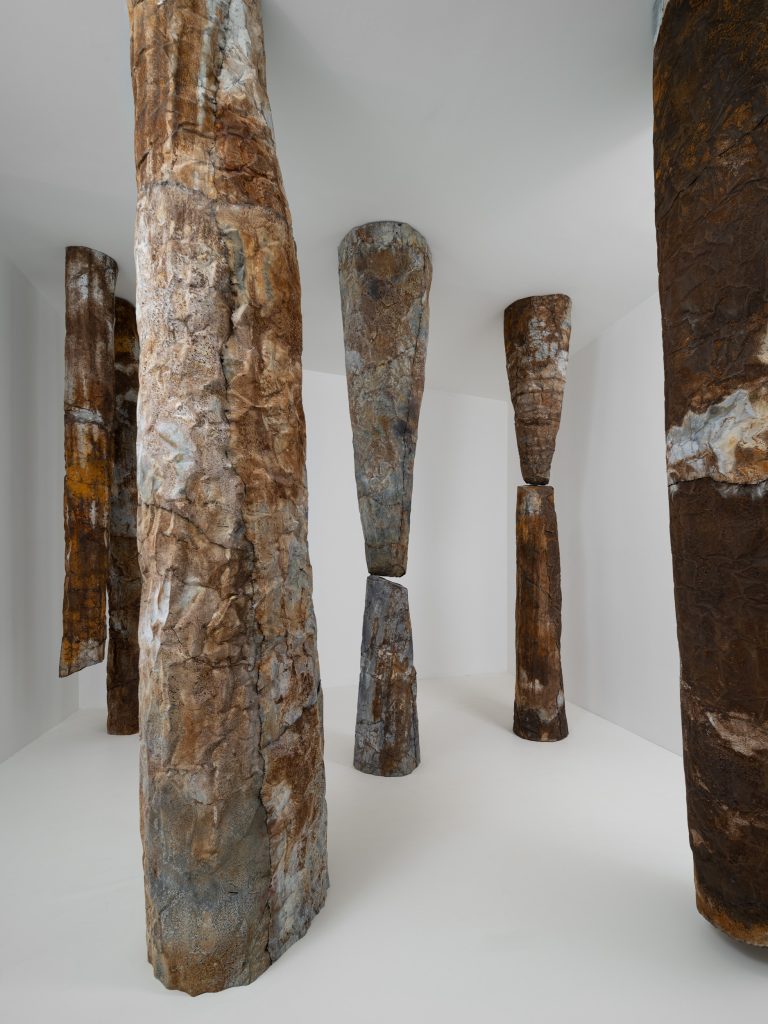 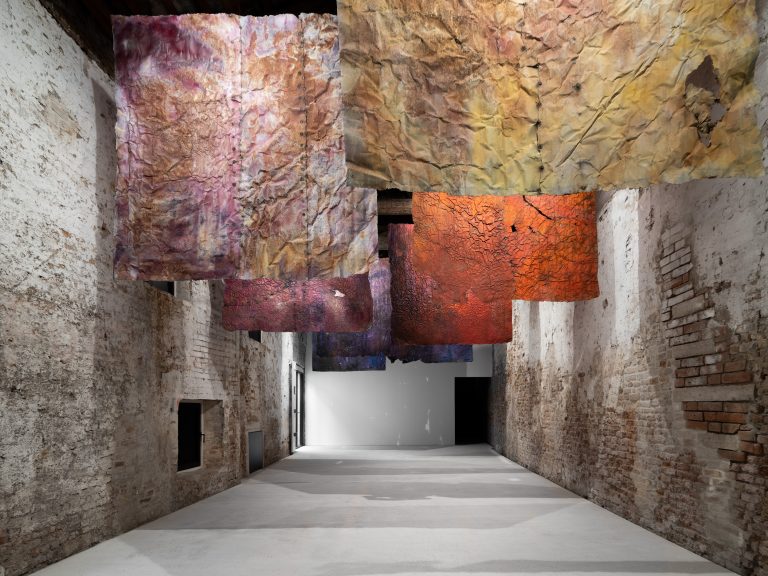 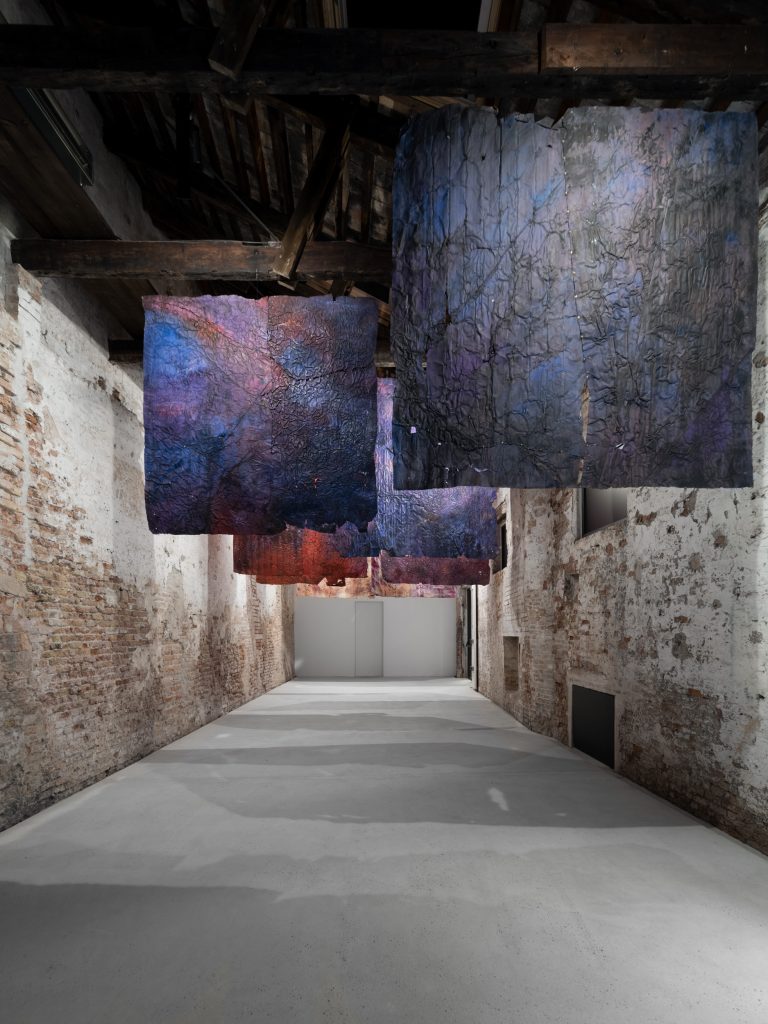 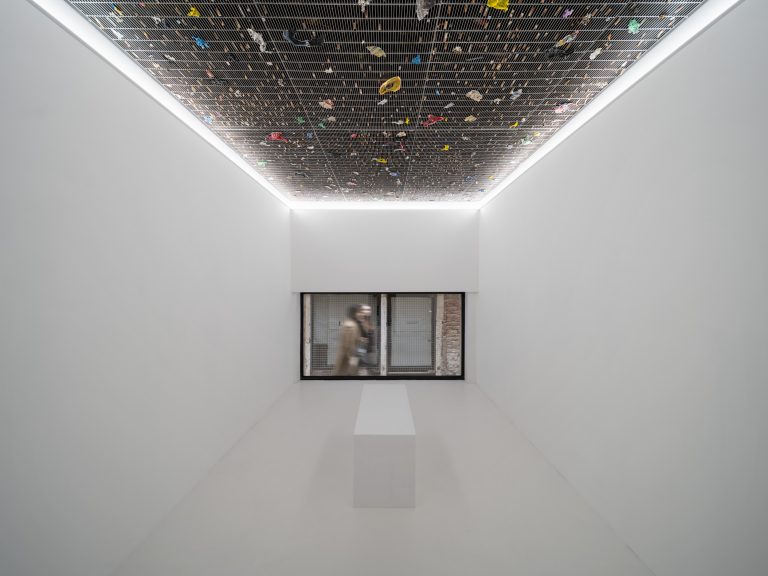 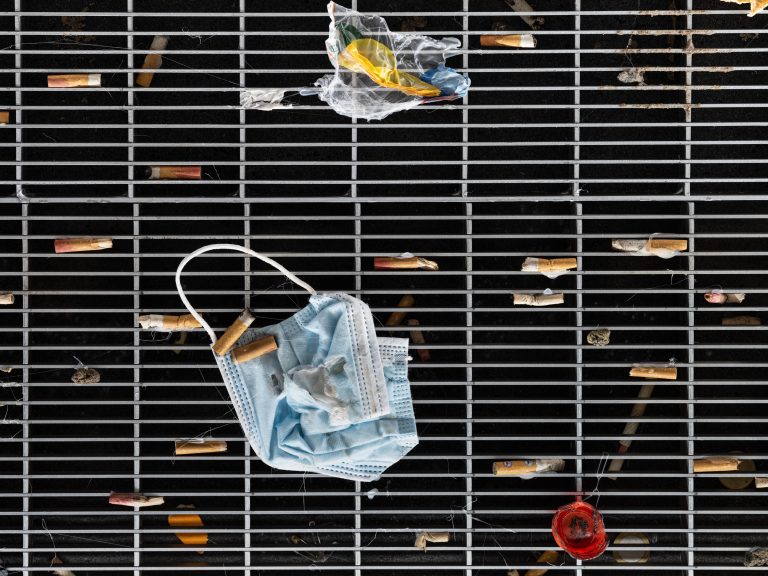 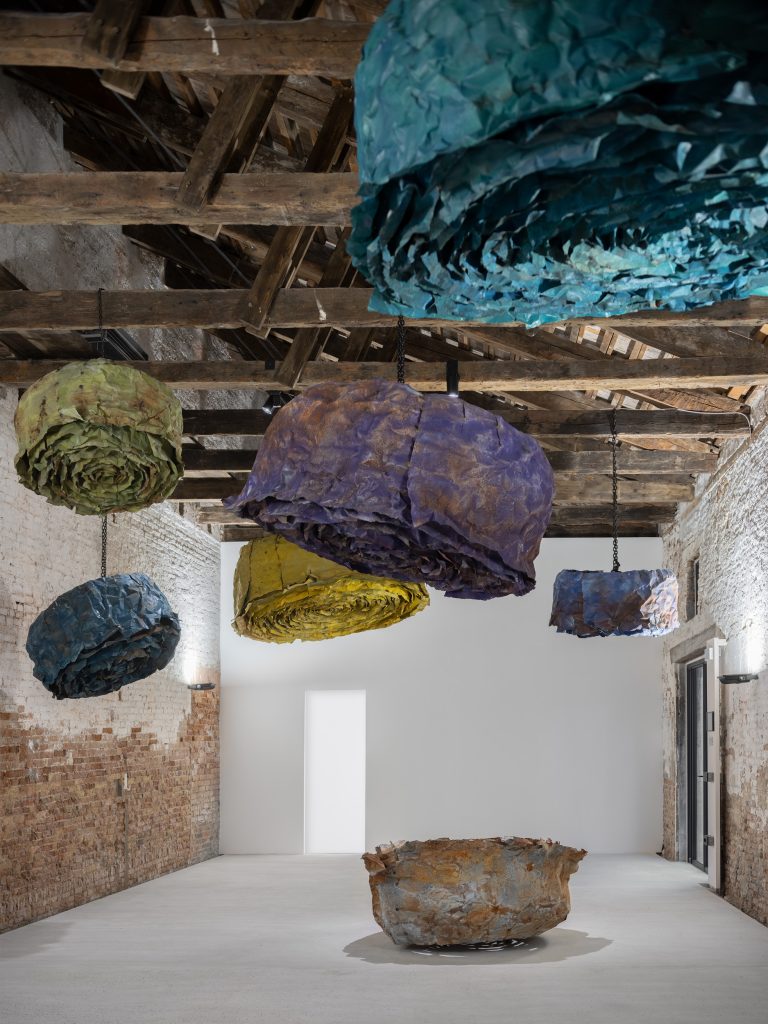 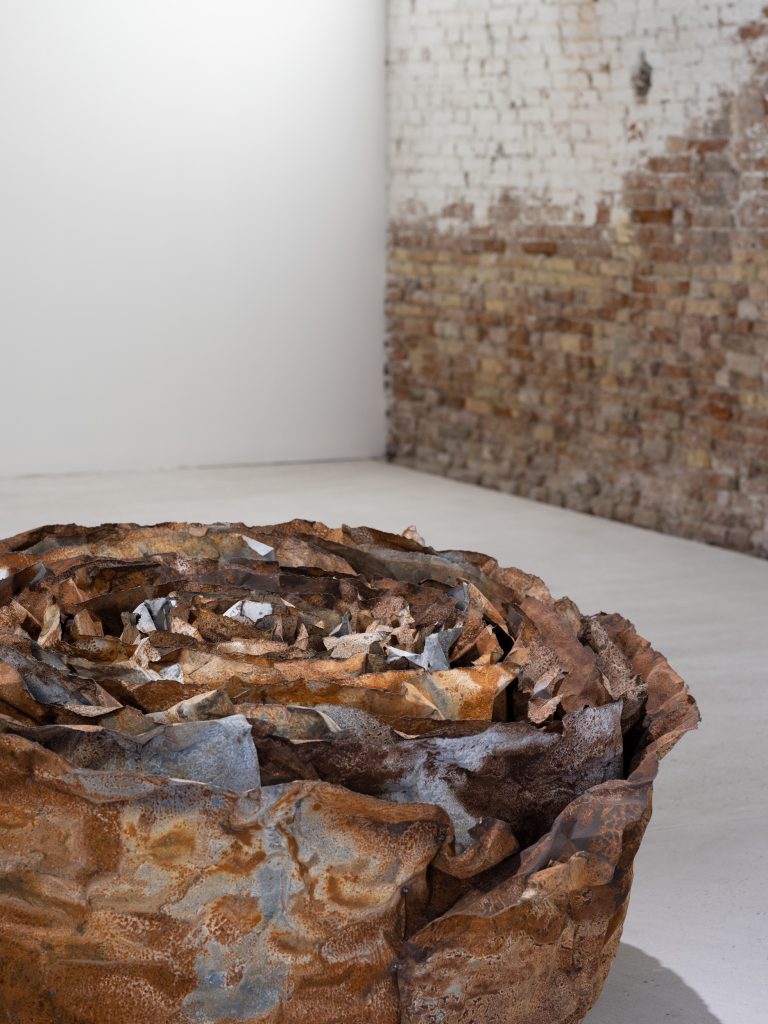